During our past AGM we revealed the winner of DION’s logo concept competition. Congratulations to Gabriel Ndlovu who’s submission received nearly 40% of the votes! DION would like to thank all the creative peeps who sent us a total of 46 submissions.
After the change to our statutes last night the new board can introduce the new logo as soon as it has been professionalised. 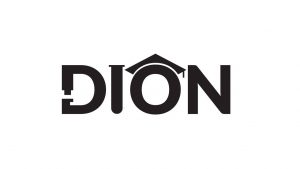 Under the Annual General Meeting 2018 at Dokkhuset, new board members of DION got elected.

The old board wants to thanks everyone that promoted their candidacy and wish the new board the best of luck for the year to come!

Congratulations to the new board elected for the period 2018/2019!

Meet other young researchers and hear what DION has focused on over the last year and what DION can offer for you. We have invited speakers from NTNU IT and Forskerforbundet to inform us about IT services for PhDs and the role of trade unions for academic employees. A detailed program of the event will be posted shortly.

Information on the 2 simultaneous AGM events

DION is the interest organisation for doctoral candidates, postdoctoral fellows and other temporary scientific employees at NTNU. The 2017-2018 board of DION (hereafter referred to as the DION board) has decided to modernise the logo of DION. The new logo may be used on the DION website, social media sites, business cards, letterhead, posters, gifts, or anywhere else DION chooses.

The logo competition is intended to be accessible for the greatest number of people as possible. Thus the competition is open for concept designs – including hand drawn sketches, such that digitisation skills are not a prerequisite to submit suggestions.

The existing logo’s use of a warrior figure resembling Olav Tryggvason is considered by the DION Board to be of little relevance to the workings of DION. Furthermore, the existing logo was created at the inception of DION in 1996 and a graphical refresh is now desired for DION, especially now that NTNU is no longer physically constrained to Trondheim (Olav Tryggvason is widely considered to be Trondheim’s founder).

The four letters of DION are a prerequisite in the new logo, either in lowercase or uppercase, and can be stylised in any way including substitution of letters with shapes (such as the “I” in the existing logo) or using characters from other alphabets. The logo will be used in the header of official documents, so a landscape or compact orientation is required (no vertical orientation).

Images of any form are permitted in combination with (or in addition to) the stylisation of the DION logo. The logo should not however, include the existing graphical logo of NTNU.

All submissions should be in black with a white background, but patterns (such as stippling and shading) are permitted. The logo design should ideally have a connection to DION or NTNU in some way, but is not a condition of submission.

Submissions become the sole property of DION, for use as they see fit.

Any future Board of DION shall have the right to adapt, edit, or otherwise use the winning submission in part or in its entirety.

Determination of Winner and Prize

Shortlisting to the top 5-10 submissions will be performed by the 2017-2018 DION board. Shortlisted submissions will have names removed and will be voted upon through the DION website/social media. After shortlisting, all DION members will be eligible to vote on the winning design. The winning design will be presented at the DION Annual General Meeting in April 2018.

The prize of 1500kr will be in the form of a Visa gift card or similar that can be used for any purchases in the same manner as a regular debit card.

Now we are happy to announce the successful applicants:

Congratulations! We will soon contact you with more detailed information about how to use the grant.

DION thanks all the applicants who submitted their applications and encourages all members to apply next year.

We are looking forward for all supported activities!

This website uses cookies to improve your experience. We'll assume you're ok with this, but you can opt-out if you wish.Accept Read More