The representatives of the different faculties were mainly consisting of people who are either directly involved in the PhD education or HR. Overall, the representatives were very open to hear about even negative results and seemed happy to get information about how critical the situation is. Together, we were able to have a productive discussion and exchange some knowledge on “best practice procedures”. This was supported through the work of Marit Martinsen, who is the leader of a currently ongoing project at NTNU that focuses exactly on the improvement of the onboarding process. She shortly presented the project and its current state. They focus on making a standard “starter package” that will be implemented NTNU-wide to raise the standard at all faculties. The focus is on different topics, but generally improvement shall happen in the areas of structural transparency (who is responsible for what, who can I ask?), social integration, being clear about future perspectives, how to have a good work-life balance and good mental health. The project is supposed to be done by the end of 2020. DION sees a great potential here for collaboration and hopes that we can strengthen our ties in these matters.

Similar meetings will also happen in the future, addressing, e.g. the offboarding process and how research processes can be better communicated as to avoid problems. We are very happy about the outcome of this meeting and feel positive that the onboarding experience at NTNU will improve soon. 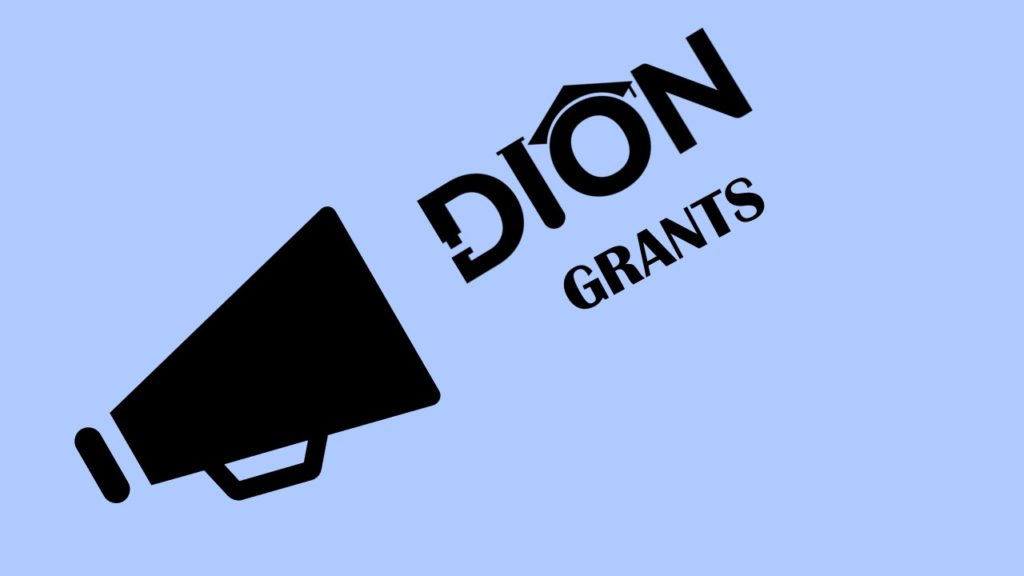 This is a special shout out to all temporary employees at NTNU Ålesund: We give out 1 special grant for up to 2000 NOK for your event!

NTNU Trondheim and Gjøvik are well represented in the regular grants, but we do no want to forget about Ålesund, so hurry up and apply!

Do you have an idea for a social event to strengthen the team spirit among your peers? Would you like to organize a seminar and need a bit of funding? DION might help you.

Please check out the rules for the grants and apply via the application form by Nov. 15, 2020.

In October, we shared some information about the debates on the latest round of negotiations affecting PhD candidates’ salaries, which had led to some inequalities between new-hires and staff already in post. Earlier this month, the outcome of the NTNU negotiations was published on Innsida.  It shows that NTNU is trying to improve the current situation about the unequal payment of employees. We at DION think that the outcry from PhD candidates all over Norway has been heard and we are happy that the unions also put their part forward in this.

It should be noted that the new negotiations do not lead to senior candidates earning more money than the new candidiates, despite their seniority. However, now at least, senior PhD candidates won’t earn less than new-hires, as it had been the case after the national salary negotiations earlier this year.

At DION, we applaud the fact that the concerns of PhDs over pay inequalities have been taken into account in these local negotiations. We also appreciate that over time, these changes in salary scales for newly-hired PhDs will lead to better wages for the other categories of temporary scientific staff. However, we regret that the salaries of post-docs and temporary scientific staff currently employed at NTNU, as well as PhD candidates hired before 01.05.2018 have been left out of the current agreement.

DION has reached out to unions present at NTNU for a statement about the local negotiations and how their members might be affected:

“For the AKAD labor union group the results of the local salary negotiations are:

“Forskerforbundet/The Norwegian Association of Researchers (NAR) put forward claims for both Phd. and Post.doc. employees in this years negotiation, in addition to a wider claim for all permanent staff at NTNU with long continued employment at NTNU.

We are satisfied with the result for the Phds, although we understand that some Phds are not. As a trade union our focus is on negotiating better wages for our members. We have unfortunately found that a large percentage of the Phds are not in any union, and therefore not among the employees that NAR prioritize in wage negotiations. Trade unions receive membership fees from their members, and in return the union works for better working conditions for their members, including raising wages in pay negotiations. Employees who choose not to be part of any union will not be considered or prioritized in pay negotiations by us. A lot of the work that the unions do benefit both organized and non organized members, but only the organized members actually pay, and therefore contribute to the work being done by the unions. We understand that the traditions for unions is different around the world, and we therefore find it important to emphasize that unions primarily work for the benefit of their members.

In this years negotiations we put forward a claim to raise the wages for the Phds., but it was not possible to raise the wages for all Phds. First of all, this would have meant using the majority of the money in this years negotiations only on Phds. This is difficult to justify for several reasons, but one of the key reasons for us, most of them are not organized. Choosing an option that would mean that most of our members would receive no raise at all, is not an acceptable option.
The negotiated solution is one that we are satisfied with, because the salary for Phds. has been raised nationally long term, which benefits all new Phds. At the same time, we have locally ensured that those who have just started or are in the beginning of their Phds. get almost the same and in a lot of cases the same salary as those who started 1 May 2019.
With regards to Post-docs we have registered that the employer often offers the lowest possible salary, and that they have one of the worst pay progressions among the different groups of employees at NTNU. For that reason we put forward a claim to make a permanent special agreement that guarantees that post.docs. are given a higher salary when they sign their work contracts than what they have been so far. This is probably not enough to solve this problem, but we find this to be an important step in helping the situation. At the core of this problem, we find that there is a lack of appreciation of post.docs contribution at NTNU. We are pleased that the the other unions and the employer agreed with us in this claim.”

This post will be regularly updated with new resoruces as they become available.

To inaugurate its monthly ‘Night at the Movies’ series and in the spirit of Halloween, DION invites you to an evening of horror and comedy at Cinemateket, to see The Dead Don’t Die.

We will meet from 19:00 at the Cinemateket bar for a drink to build our courage then move to the movie theater at 20:00.

Your favorite event is back! Did you just start the semester and are feeling overwhelmed by all the research you have to do the following months? Don’t worry, you can definitely procrastinate some more.

And what better way to do that by joining fellow researchers for some good-natured competitive shuffle board! Or if you are not that into shuffleboard, Work-Work has a great collection of board games that you can indulge in.

After the event, some of us will head to Rockheim, for the Young Researcher’s Night, where there will be talks and conversations mixed with performances and music, and the bar will be open all night. (For more details, check out their event)

So come join us! Make new friends, catch up with old ones, participate in some fun banter and games! Everyone is welcome to stop by and enjoy!

This website uses cookies to improve your experience. We'll assume you're ok with this, but you can opt-out if you wish.Accept Read More